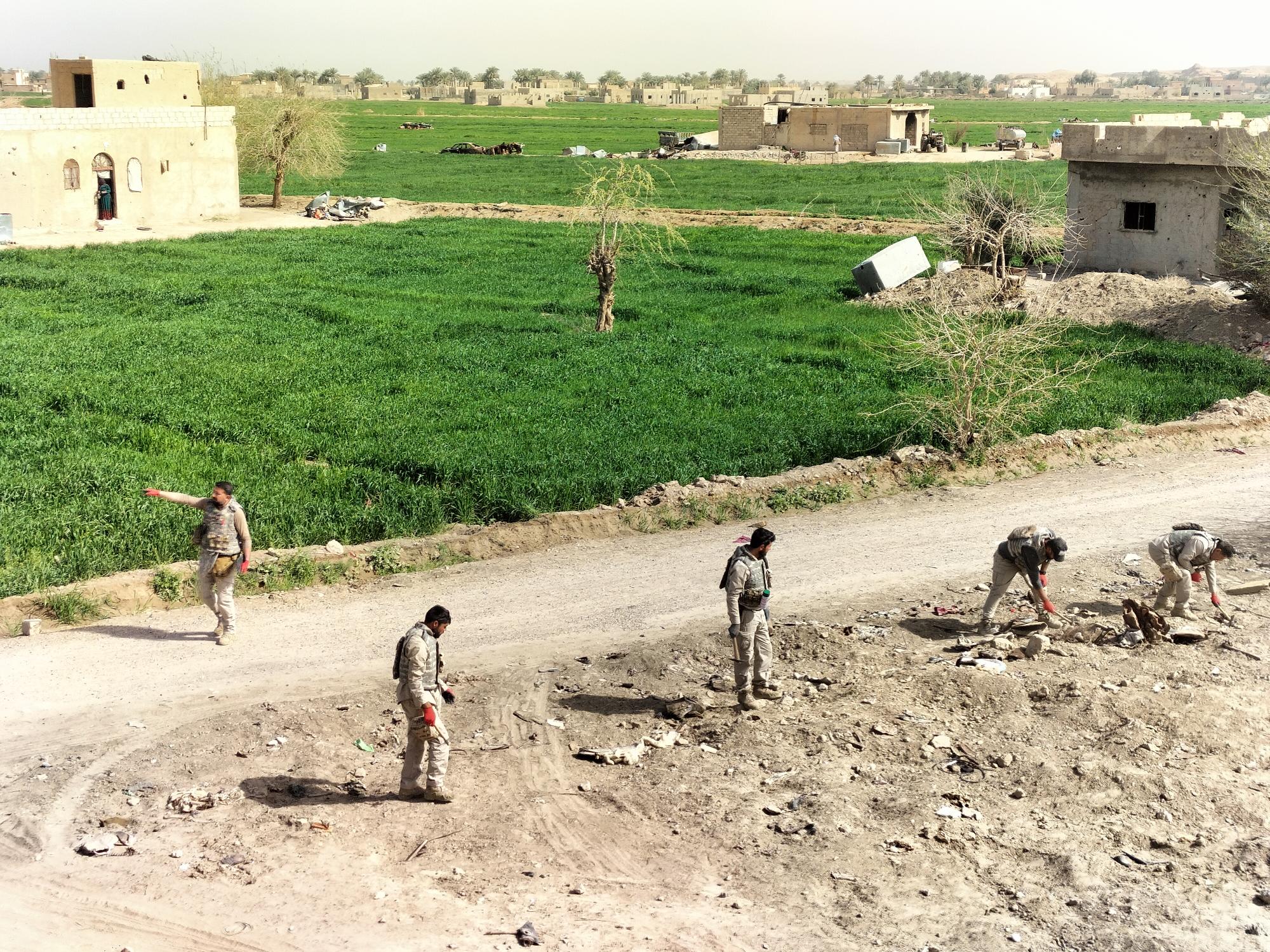 Nihad passed the baccalaureate, but he did not have the means to continue. So, he decided to become a carpenter. He started working in Syria, then in Lebanon and Turkey, before returning to Syria. The living conditions were difficult at the beginning of the Syrian revolution, so he decided to go back to Turkey with his family, on the border with Syria, from where he could see his native village. When his village was liberated, he decided to return home.

He then helped the Syrian Democratic Forces, then was recruited by the company Tetratech, for which he worked for over 3 years. He was first trained as a deminer level 1, then level 2. But with the Turkish attacks, Tetratech decided to stop its activities in the North-East of Syria.

Nihad was out of work for a while when he heard about HAMAP-Humanitaire. He registered with NESMAC and applied for a job with HAMAP. Thanks to his experience in the field of demining, he successfully passed the interviews and attended several trainings with Syrian and foreign deminers.

What are your daily missions?

At the end of each week, I prepare the weekly program of the following week, with the demining activities that will take place. Sometimes I go with the teams in the field but most of the time I stay in the office, doing the administrative work: I receive the reports from the deminers, NTS, MRE, I make the presence report and the monthly balance of all these reports and I send them to the HAMAP operations management and to NESMAC.

Your most memorable mission?

We are on a demining mission at the national hospital in Raqqah. there is a PG7 rocket stuck in the wall on the 4th floor. The first day, the EOD and NTS teams go to reconnoiter the area. The next day we go in with all the equipment and we take care of removing the rocket. It was a very dangerous mission because the hospital is a very big place, wwit a lot of patients and several departments and three of four NGOs working there. It is always a great pride to be able to help people through our cleanup actions.

How do you see the evolution of HAMAP-Humanitaire?

Our performance has improved and little by little everyone knows their tasks and obligations. We must not forget that the most important thing in the field of demining is safety. So far we have not had any accidents, which means that our work is successful. We are happy with this new project concerning climbing and underwater demining and we have benefited a lot from the training, it is new for us as local staff! We hope to have other projects and training to continue to clear the northeast of Syria.

An anecdote about your job as a deminer?

One day, we were working in the field when a motorcyclist arrived. He had an explosive device with him and wanted to hand it over to us. The field guard shouted to inform the team. It was very dangerous. The biker was holding an explosive device in his hand and did not seem to realize the seriousness of the situation. Indeed the device could explode at any time, but he has decided to hand it over to us because he had heard that we were working against explosive devices. His way of not realizing the danger was both bizarre and funny.